One of the most important aspects of the Cannabis College is our effort to provide the public with the most accurate and up-to-date medicinal cannabis information possible. Whether this means offering international directories of medicinal activist groups or healthcare professionals for potential patients or simply offering links to scientific research, we attempt to help as many people as possible. Medicinal use of Cannabis is very different to recreational; the consumer must not achieve an intoxicated state or what is classified as a “medical overdose” is reached. Therapeutic use is much more subtle than recreational and needs to be thoroughly researched; studies of its potential are still ongoing. Do not self-medicate, as certain combinations of cannabinoids may actually increase your symptoms (for example, high THC varieties such as Sativa’s will keep an insomniac awake, whereas the CBD and CBN in Indica plants may help you sleep.) Information regarding safe medicinal consumption of Cannabis (vaporising, tea or space cakes) is available within this section of our site.

Besides wide support for the use of the plant for the indications described in modern literature (such as discomfort and nausea during chemotherapy and radiotherapy, arthritis, glaucoma, spasms, AIDS Wasting Syndrome and chronic pain) much more has been written about the medicinal effects of Cannabis. Dr. Lester Grinspoon, M.D., professor at the Boston Medical School, has presented himself as a strong supporter of the medicinal use of Cannabis and has written two books dealing specifically with this, Marijuana Reconsidered and Marijuana, the Forbidden Medicine. The College relies heavily upon his research as well as that of many other groups including the British Medical Association and GW Pharmaceuticals (the latter being producers of THC-dominant Tetranabinex®, CBD-based Nabidiolex® and the almost equal mix known as Sativex®). These drugs are known as “whole plant extracts,” whereas drugs such as Marinol® (Dronabinol) are synthesised forms of naturally-occurring cannabinoids. Read on to find out more about these drugs, their trial phases and even patient testimonies.

A rich supply of anecdotal evidence

Dr. Grinspoon presents various examples of ailments for which Cannabis may be used as a medicine. The Cannabis College attempts to provide as much information as possible regarding relief for Crohn’s disease/IBS, ADD/ADHD, epilepsy, MS, paraplegia and tetraplegia, schizophrenia, fibromyalgia, migraine, itching, cramps during menstruation and pain during childbirth, and mental disorders such as depression and mood swings. Grinspoons’ works also describe other cases whereby Cannabis might prove effective: Parkinson’s, chronic fatigue/ME, other causes of severe nausea, for antibacterial action, dystonia, eating disorders (including anorexia and bulimia) and action against tumours. The fact that these cases are sometimes primarily based upon the evidence of patients and not on scientific literature does not mean that they are in any way incorrect, false or deceptive; however, within these pages you will also find much in the way of current scientific evidence regarding how well Cannabis works in the treatment of certain medical problems. 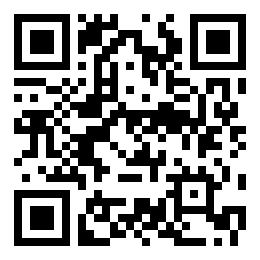 Amsterdam botany cannabis CBD CBG CBN coffeeshops Coffee shops contamination Daily Class environment fibre Food growing hemp Hemp Seeds indica industial industrial medicinal Protien recreational recycle religion ruderalis sativa THC tips
We use cookies that do not get you high, but ensure that we give you the best experience on our website. If you continue to use this site we will assume that you are happy with it.OkNoPrivacy policy
Don't like the cookies? You can chuck them.Revoke cookies